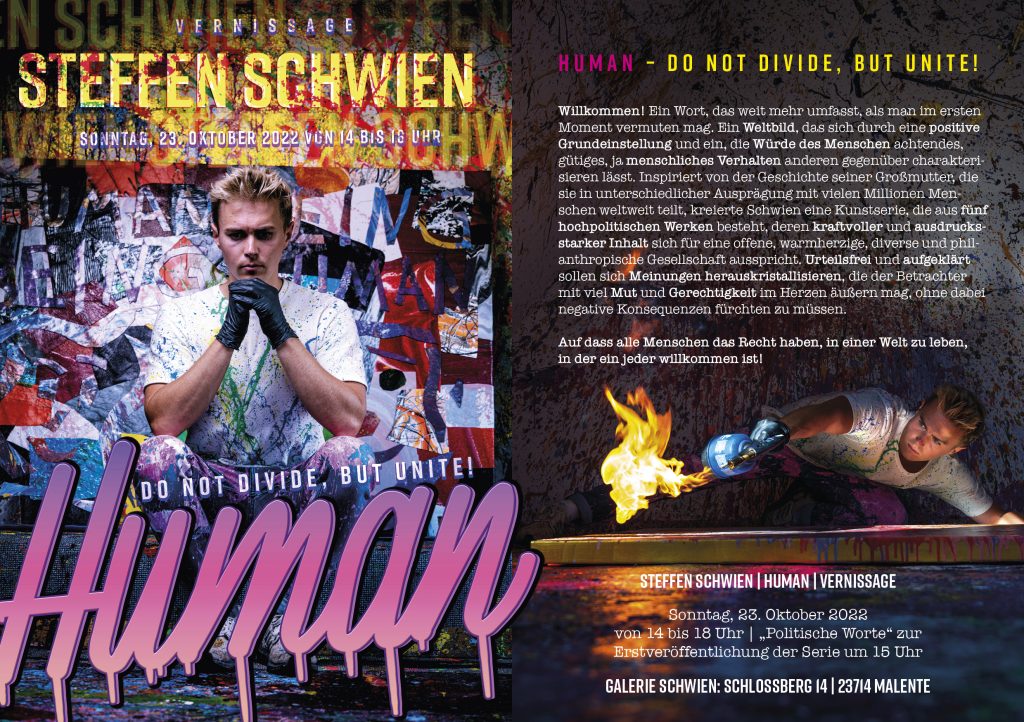 Human - Do not divide, but Unite!

Welcome! A word that covers much more than you might think at first glance. A world view that can be characterized by a positive basic attitude and a kind, decent behavior towards others that respects the dignity of human beings. Inspired by his grandmother’s story, which she shares in varying degrees with many millions of people worldwide, Schwien created an art series consisting of five highly political works whose powerful and expressive content advocates an open, warm-hearted, diverse and philanthropic society. Judgment-free and enlightened opinions are meant to emerge, which the viewer may express with courage and justice in their hearts without fear of negative consequences. Multilayered, several key works of the artist were superimposed and combined into a collage that not only speaks out for a humane society, but also clearly positions itself against racism and discrimination. Here’s to all people having the right to live in a world where everyone is welcome!